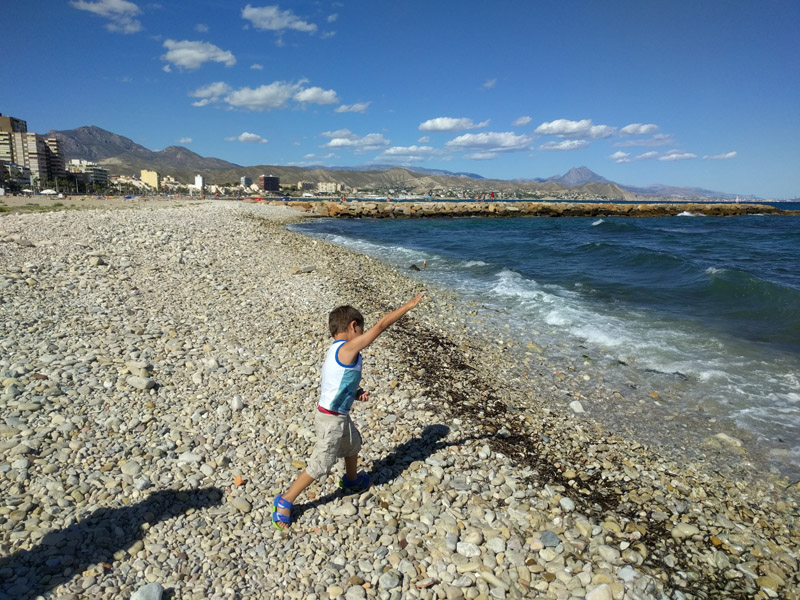 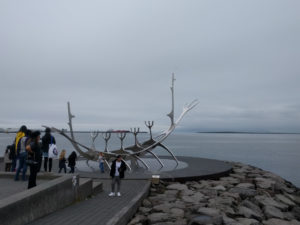 If you like your countries moody and bleak, you’ll love Iceland!

We took an interesting path to Alicante from Seattle. From Seattle there just aren’t any easy ways to get here. There are no nonstop flights. Overnight flights via London, Barcelona or Madrid are possible but very long and expensive. And we have a five-year-old.
My dread was growing. What if he wouldn’t sleep on the flight over and start screaming and whatnot. Ugh. What to do? How could we make this problem actually work for us? After some investigation and brainstorming the solution presented itself: Mini-trip into Iceland first! So, thus, our itinerary became Seattle> Reykjavic> London> Alicante with a few days at each stop.

Our flights into Iceland were quite cheap (around $300 each, plus we covered most of it with miles) and from there we just needed budget intra-Europe flights to our final destination. Since time wasn’t particularly an issue, we could spend a few days in these cool cities and check a few things off the bucket list at the same time. As a bonus, the flight from Seattle actually left at 9:15 a.m. so flying time was basically during kid happy time. We’d arrive before he got too tired (4-5 pm Seattle time, I believe), have some food and start winding down for sleep and be pretty close to time zone adjusted. We spent about four full, expensive days in Iceland and then it was just a relatively short hop into London. After a couple days in London, we flew into Alicante to begin exploring our new city.

I’ll summarize Reykjavic and London in separate posts, but I will say breaking up our trip worked out very well. The jetlag adjustment was minor and we all enjoyed seeing the sights in both locations. It was definitely the way to go. Money-wise, the flights were cheaper going this route, however that easily worked out to at least a break-even when housing and food and other expenses were figured in. But at least we got more value for the money instead of just getting a plane ride for the same dollars. And less kid-stress!

So in summary, it was (WAY!) more time, about the same price but much lower in stress and even fun. I think all three of us would recommend taking the long road if you’re traveling with kids – and maybe even if you’re not.